Suicide is now a leading cause of death in children, adolescents, and young adults between ages 10-34, a sobering fact. According to the National Center for Health Statistics, reported suicide mortality rates increased a staggering 33 percent from 1999 through 2017. Moreover, suicide has been ranked the 10th leading cause of death for all ages in the United States since 2008, and all indicators say this tragic trend will continue to worsen. Why? What can we do?

Suicide is often thrust in the spotlight with celebrity deaths, however, day-to-day, it often goes underreported because of its painful stigma. Similar to the overall stigma of mental illness, loved ones whose family member, friend, colleague or co-worker have experienced a loss through suicide are left with not only the traumatic grief associated with the death itself, but also the shock and horror of not knowing why, and, guilt and shame for not noticing signs.

Suicide has a way of denying us the inner secrets and workings of someone’s mind. We think we know the person in our life before they commit suicide. We think we understand, at least generally, how they are making their way through life. However, we believe that in nearly every unpredicted suicide, there is the element of what we call “The Mask.”

The Mask is what we have come to appreciate as that layer of awareness in us – we all have it –which we keep hidden from others, often even from ourselves.  We appropriately call it “The Mask That Veils.” This Mask can take on different faces in each of us, and sometimes it can be uncovered by someone very close to the individual that is considering hurting themselves. We often find it hard to fathom the notion of confronting a loved one we think is suffering for fear that might lead them to act. It can be hard to detect the signs of trouble in children and adolescents because the ways they express their turmoil is often disguised. The depressed adolescent boy or girl may act out in rebellious, angry or even aggressive ways, appearing stronger and resilient than they are, not at all showing their feelings of sadness, hopelessness, or despair.

We must open our senses; our ears to listen, our eyes to observe, our physical sensations in our gut connecting us to our loved ones, our history with them, or relationship with them, in the context of the present. All these awareness’s will reveal to us more of “The Mask.” When we foster in ourselves and others an openness to these human connections day-to-day, we expand our awareness to what might be going on that gets in the way of someone’s psychological well-being and, in particular, what might be the signs of wanting to give up on life by committing suicide.

If you or someone you know may be struggling with distress or your instincts are telling you something is going on, there is help available: 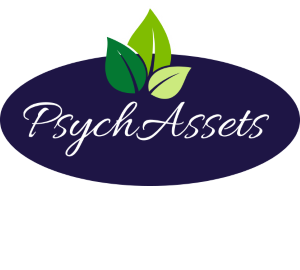